You agree you accept our Terms & Conditions for posting this ad.

The Black Business Coalition would like to Introduce you to Michael Campbell the president and CEO of Black on Purpose Television Network, The Largest Black owned Streaming Television Network in the world with Millions of viewers worldwide. 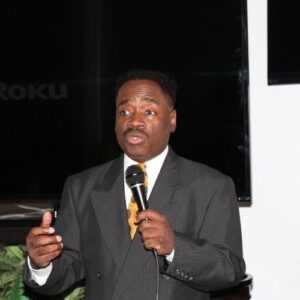 In addition to his current position as CEO of BOP TV, Mr. Campbell also serves as a voting member of the recording academy (The Grammy’s) and CEO of a record label with state of the art recording studio.
Mr. Campbell was the only African-American member of the first streaming media consortium group in 1994. This group of technology professionals was one of many that helped pave the way for today’s streaming technology.

His knowledge spans streaming media, music production, Audio engineering, composition, Content creation, film, television and other areas of entertainment has earned him numerous gold and platinum record awards and credit for the production of hundreds of music releases generating over 250 Million dollars in sales.
Current projects include Michael Campbell Studios, a 25,000 square foot television studio and training Center for Media, Arts & Technology serving economically disadvantaged communities both across the country and internationally.
Mr Campbell is looking to form diversity partnerships with companies interested in establishing or growing their diversity efforts.