You agree you accept our Terms & Conditions for posting this ad.

The Black Business Coalition would like to introduce you to:
Lance London, President, CEO of Carolina Kitchen and TKO is a DC native.  He graduated from Suitland High School in Prince Georges County Maryland, and attended Morgan State University in Baltimore.
London got his entrepreneurial spirit from his father who also was an entrepreneur and passed away before being able to purchase a McDonald’s franchise.  London shared that his father would sit with him, and talk to him about business ownership.  London has always been inspired and has the drive to succeed because of the things that his father instilled in him. 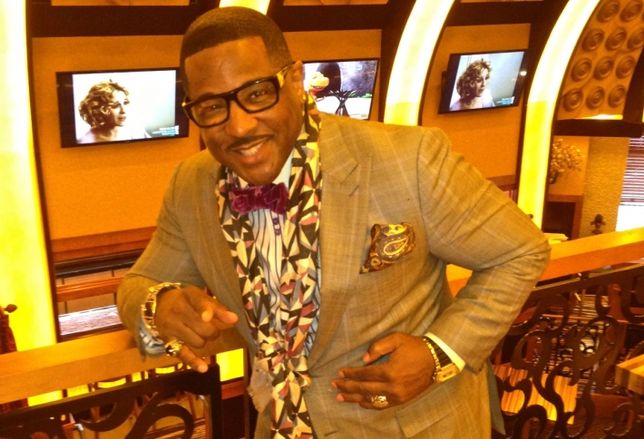 Lance London is to be admired because he has accomplished his goals without the assistance of investors and has made quite a name for himself in the restaurant business. In 1996, London opened the first Carolina Kitchen in Silver Spring, MD.  After the Silver Spring location burned down in 2003, London was able to open another Carolina Kitchen in the Boulevard at Capital Center in Largo, Md., in 2005.  The Rhode Island Row Carolina Kitchen, located above the Rhode Island Avenue Metro stop, is decorated in warm yellows and golds, with wood accents.  Also London used local artists for most of the artwork throughout the restaurant. Next to Carolina Kitchen is his newest project, TKO Burgers. At TKO, customers will have the option of a beef burger done several different ways or crab cake, soft shell crab, shrimp, chicken, turkey, veggie or black bean.
Lance London’s Carolina Kitchen is known for its signature Southern Cuisine that’s based off his late grandmothers recipes.  Carolina Kitchen’s top signature dishes are the Creole Salmon, which is beyond delicious and the Superior Blackened Catfish that’s worth every dime spent.  Chefs Jimmy Oliver and Thomas Willmore, who prepared our dishes at the Rhode Island Row’s Carolina Kitchen did a fantastic job on preparing the Creole Salmon and the Superior Blackened Catfish.
All the staff at Carolina Kitchen is great and makes sure your dining experience is fulfilling and unforgettable.  London has a staff of approximately 300 who benefit from his guidance.  He inspires them to continue to grow and pursue their dreams.  London has said, I am who I am because of the great people I have working for me, and I’ll continue to support their dreams and goals in life.
In 2012, Carolina Kitchen won the Hoodie Awards for the Best Soul Food Restaurant.  When asked what he would share with aspiring business men and women he said, Communities need more financial heroes to teach the importance of entrepreneurship and the power of economics.
They are open 7 days a week for your eating pleasure and they look forward to serving you soon!